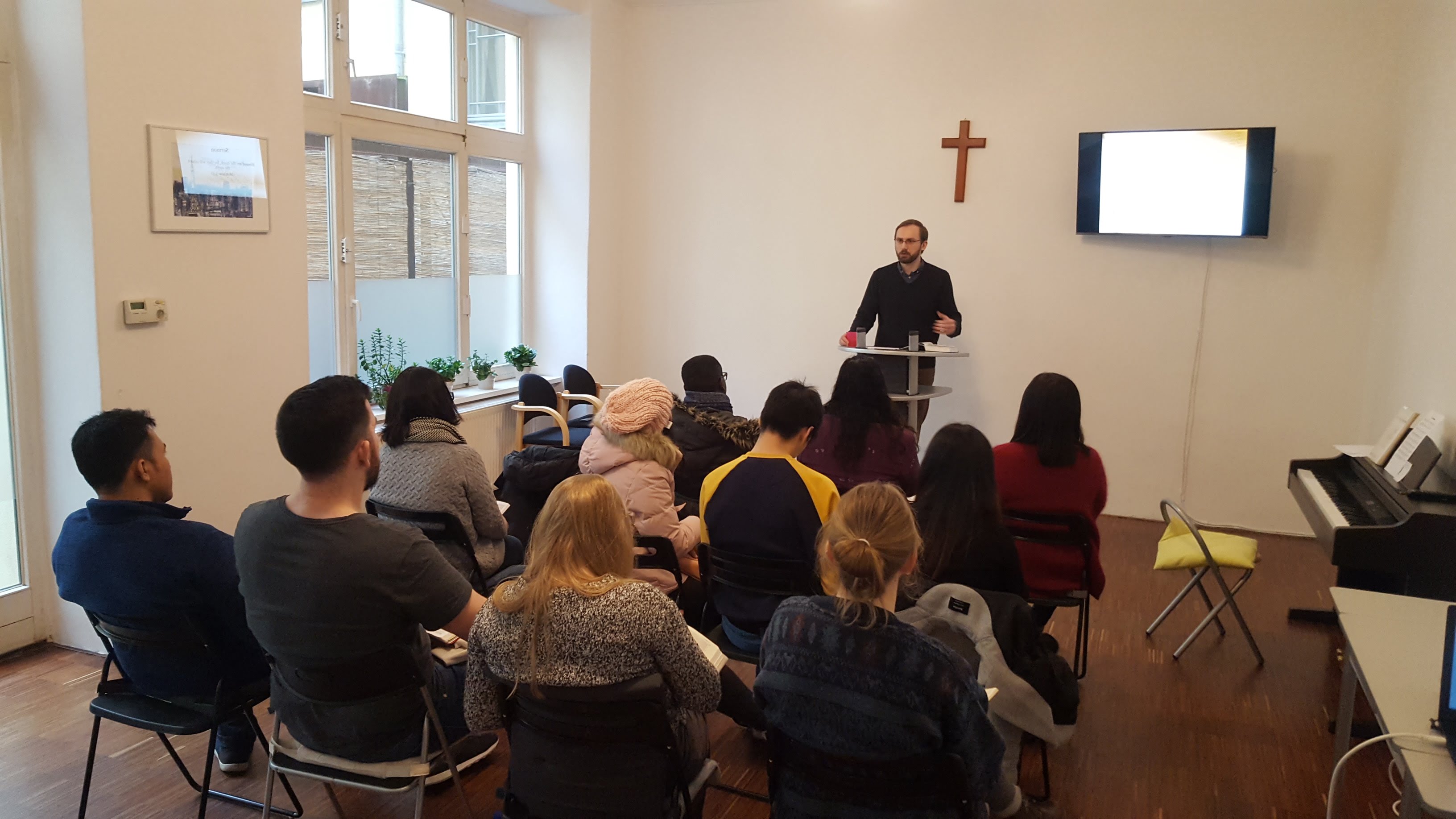 Sunday Service: Blessed Are the Meek for They Will Inherit the Earth

Berlin Immanuel Church gathered on Sunday, January 22, continuing in
series on the Matthew 5:1-12 with the third Beatitude. So far, in the
first two beatitudes, we looked at ourselves and became aware of the
sin and evil within us and our complete dependence on God’s grace.
Meekness is the matter of how we conduct ourselves in relation to
others; the way when we look at others and when others look at us.
However, meekness is not about outward personality. The way we respond
to people around us and different life situations has its root in our
relationship with God and ultimately must give glory to God.
Matthew 5:5 is almost identical with Psalm 37:11 and provides us with
a context of what meekness is like. To understand meekness better in
Biblical sense, we must take a close look at those who are described
as meek in the Bible. Psalm 37:1-9 tells us that meekness is not
anxious but trust in God and commits everything to him because the
Lord guides and protects in everything. Meekness is still before God
and waits for him patiently when facing opposition, it doesn’t give
way to anger, it doesn’t take revenge, it doesn’t seek vindication
because it knows that God works for the good of those who trust in
him.
Moses in Numbers 12:1-9, when facing criticism and opposition from
those who are closest to him and should support him, doesn’t justify
himself, but waits on the Lord who justifies. Meekness is not
defensive, it doesn’t judge easily, it doesn’t condemn, it is slow in
anger. Moses was more meek than anyone else on the earth, but meekness
was not natural to his character – in Exodus 2, he flees to Midian,
after committing a murder in anger, where he has to spend 40 years
learning meekness while tending to sheep, and only then he is ready to
become the leader he was called to be. Meekness is to be learned –
Matthew 11:29 – and who is better to learn from than the one who
didn’t make demands based on his equality with God (Philippians
2:5-6).
James 1:19-21 tells us that meekness is quick to listen and slow to
speak. Meekness doesn’t lash out in ager when receiving criticism.
Meekness acknowledges that I am often times wrong, it knows the
limitations of its own knowledge. But it doesn’t mean that a meek
person never gets angry, it doesn’t mean that a meek person doesn’t
speak and doesn’t have an opinion. Meekness doesn’t mean to be
passive, lazy and of weak character. Meekness is quick to listen to
the truth and values the truth above everything else and is ready to
speak the truth boldly. Just as Moses, David, Stephen, Paul, Peter
were well aware of their limitations and sinful nature, but trusted in
God’s mercy and lived and died speaking the truth of gospel with
passion and conviction.
James 3:13-17 makes it clear that meekness is wisdom. It is pure,
peaceable, gentle, open to reason, full of mercy and good fruits,
impartial and sincere. Meekness is passionate about truth which is
above feelings and opinions whether my own or those of others, and it
is willing to listen and learn. Meekness understands its own
fallibility therefore it is willing to listen and inspects everything
against the absolute truth of the word of God and doesn’t rely on its
own subjective feeling and limited understanding. Meekness is pure in
motives, it is not evil, it is not arrogant and if it has to
criticize, it doesn’t condemn and pass judgement quickly. Although it
is passionate and uncompromising about the truth, it is gentle and
full of mercy.

A meek person is not too sensitive about himself and doesn’t really
think much of what others think about him, but what really matters to
him is how he stands against the truth and what God thinks about him.
A meek person doesn’t self-pity, he is confident not in himself but in
God’s providence. A meek person is patient and long-suffering even
when suffering unjustly; he is satisfied in all circumstances, being
content in the Lord, knowing that God’s grace is sufficient. Blessed
are the meek for they shall inherit the earth. The God who didn’t
spare his one and only son will give all things to those who are meek.
There is a great blessing, joy and peace waiting for those who are
meek and trust with everything in God.