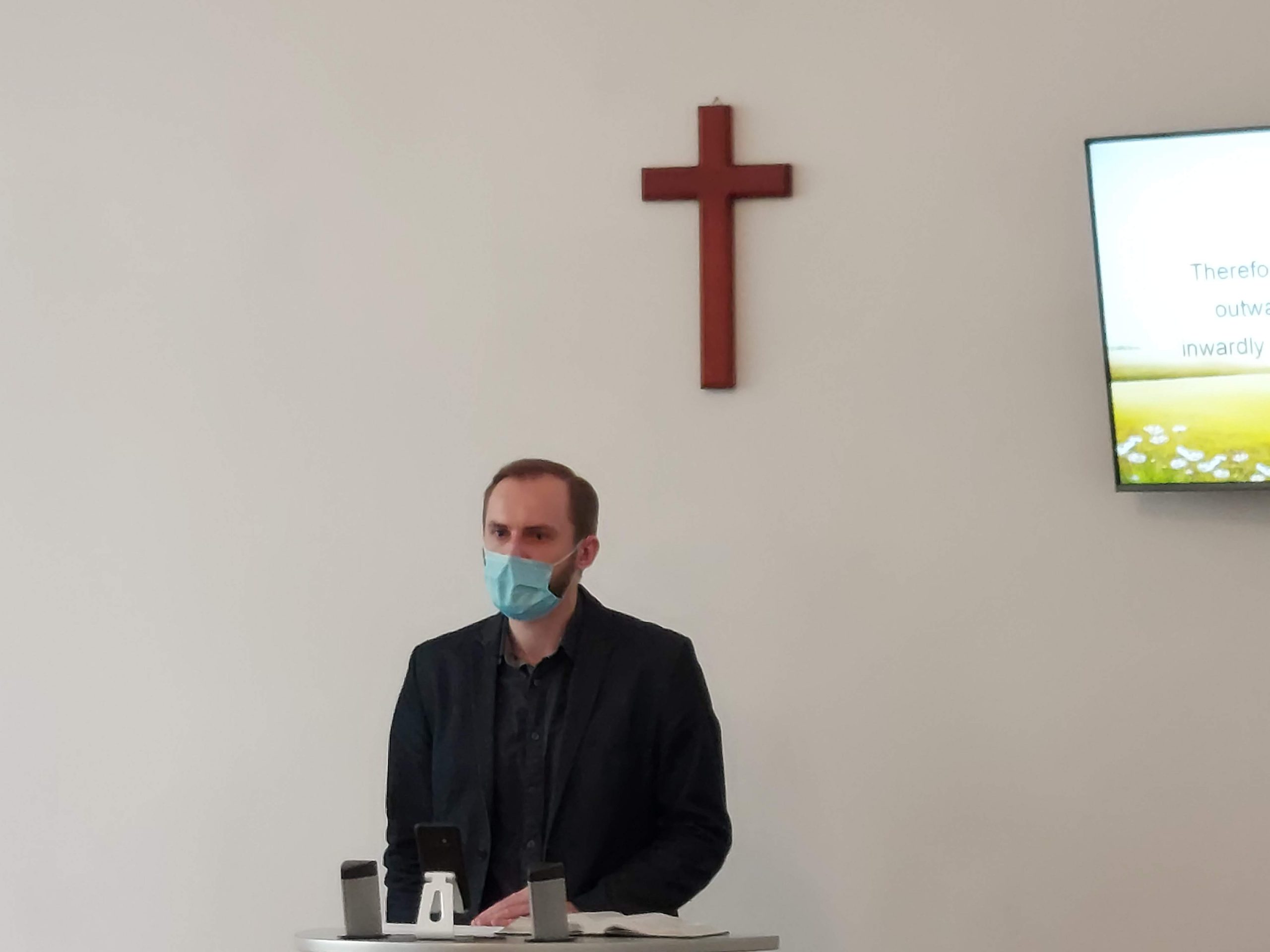 Sunday Service: He Who Withholds Kindness From a Friend

27 September, 2020 – Job’s response to his friend’s accusations in chapters 6 and 7 reminds us that we should live the life of gospel, of being servants of God’s grace. Eliphaz failed to see God’s grace and ended up condemning his friend, instead of being an agent of God’s grace when his friend needed it the most, he became the agent of the enemy. But the life of the gospel is to fix our eyes on Christ who became our servant and gave his life for us. And when we see this great grace God demonstrated on the cross, we can’t help but make ourselves servant of his grace to others. Apostle Paul comforted believers in Corinth in their suffering, reminding them that because we have Christ, God’s power is revealed in our weaknesses and when we live for his glory, serving others, we see God’s grace extend more and more and bringing hope to others to the glory of God – 2 Cor 4:5-15.

Job’s suffering was great, his burden was too heavy to carry by himself (Job 6:1), but his friend failed to show him compassion. When we suffer greatly, it is hard to see grace in our life. Job lost hope, there was nothing for him to expect (Job 6:11) and he felt helpless and useless (Job 6:13). And although Eliphaz’s words were right, they were tasteless to Job (Job 6:6) and only caused disappointment (Job 6:20), because they offered no comfort when it was most needed (Job 6:15). Withholding kindness and grace from others when we have received so much from God is a sin (Job 6:14), no matter how right our words may be (Job 6:25).
Apostle Paul, who once used to persecute God’s people, thinking he was right, thinking he was the agent of God’s rigtheousness, found out painfully on the road to Damascus that he has been the agent of the enemy and had been persecuting the Son of God. But just as shockingly, the Lord did not give him the punishment he deserved, instead he gave him grace and showed him that the punishment for our sins was carried by our Savior. Let us be those who don’t look away from those who suffer (Job 6:28), even when they speak with bitterness, for impetuousness comes from pain (Job 6:2). Let us remember the heart of God who gave his Son so that we could be healed and comforted in his grace, and let us live as servants to others, bringing hope and encouragement that comes from the grace of God, a hope that is eternal (2 Cor 4:16-17).